Why are Surge Generators Important

What is a Surge Generator? 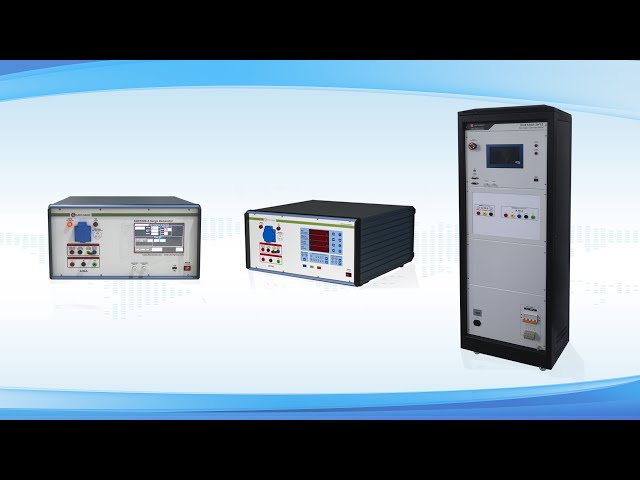 Why are Surge Tests Important?

Surge comparison tests are important since they are the only method for detecting turn-to-turn insulation flaws. These flaws appear at voltages exceeding the motor’s operational voltage and are precursors to catastrophic failures and motor shutdown. Surge immunity test equipment is also used to detect hard shorts and a variety of other errors in coils and windings.

Weak turn-to-turn insulation is the root of most winding failures, including shorts to ground. An electrical closed loop is formed when a weakness creates turn-to-turn arcs. Current begins to flow in the loop as a result of transformer activity . This current is converted to heat, resulting in a hotspot. As a result of the hotspot, more turns short out, generating additional heat. The winding shorts eventually reached the ground.

How do Surge tests work?

The coil or motor is subjected to a series of fast increasing pulses. The voltage of the surge test pulses is determined by the voltage specified by the test operator or the standard utilized. The test voltage can range from the device under test’s (DUT) peak operating voltage to around 3.5 times its operating voltage. The most typical voltage is 2E+1000V, where E is the DUT’s operating RMS voltage. In the circuit that comprises the tester and the DUT, the surge pulses form a fading wave. The wave is compared to waves from other coils or other motor phases. All of this is visible on the screen. If the coils or windings are identical, the waves will be almost identical. If there is a problem or a weakness in the insulation, the wave will have a different frequency and will split from the rest. The wave differences (percent WD), also Known as percent EAR or Error Area Ratio, will be calculated by the iTIG II testers.

When the tolerance for Pass/Fail is unclear, such as with certain constructed motors and several concentric wound stators, the pulse to pulse surge test is utilized. When there are no other coils or phases to compare against, it is also employed.
What can you use Surge tests for?

Shorts and insulation deficiencies in coils, windings, electric motors, generators, alternators, and transformers are detected using the surge comparison test. Turn to turn, coil to coil, or phase to phase errors are the most common. For DC motors, other issues discovered include incorrect internal connections, incorrect turn counts, and more.

From tiny sensors, antennas, and actuating coils in relays or solenoids to the largest electric motors and generators, any sort of coil can be tested. Because the surge immunity test equipment is load dependent, operators must take into account test voltage standards.
Most winding failures begin with a lack of turn-to-turn insulation.

The surge comparison test is vital for motor reliability and maintenance plans, as well as diagnosing faults and quality control, because it is the only test that can detect insufficient insulation at high voltages. It’s a very effective tool when used in conjunction with partial discharge data. Individual coils, stators, wound rotors, and fully completed motors and generators are all subjected to surge tests without the need to turn the rotor.

Which issues are only found with a surge test and what cannot be detected using a surge test?

The sole test that can detect poor turn-to-turn insulation is a surge test. Due to the higher voltages utilized in a surge test, this is the case. Low voltage tests do not stress the insulation, hence no dielectric flaws are discovered. The only test that can detect weak coil-to-coil and phase-to-phase insulation is a surge test. If hipot testing individual coils and phases against other coils and phases is not possible, a hipot test is occasionally employed. Finally, a surge test is required to detect some connection errors. When the resistance is correct, an inductance test is occasionally used.

Can Surge Tests be destructive?

Surge comparison tests are frequently performed at a voltage higher than the DUT’s highest working voltage, and are thus known as over-voltage testing. They are not damaging in any way. The main reasons for this are that the test voltage is far lower than the insulation’s design voltage, and the amount of energy involved in an arc is minimal. An arc from your finger to a door handle as a result of static electricity is an excellent comparison. The voltage involved can range from 12 to 20 kV, but the energy is modest and thus non-lethal.

An arc in a winding caused by a surge test has a low energy due to the discharge capacitor in the tester and the applied voltage, and it will not damage the insulation as long as the number of pulses used in the surge comparison test is limited and the test is performed when over-voltage tests are recommended.