Surges are a concern for every circuit developer since they are key problems in electronics. These surges are known as impulses. Impulses have the distinct characteristics of high voltages, typically in the kV range, that remain for a brief period. 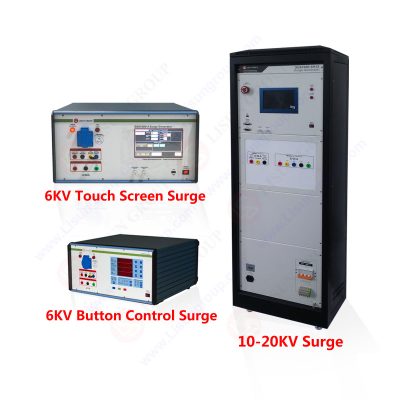 The SG-61000-5 surge generator offers a common basis for evaluating the resistance of power cords. The internal connectors of multiple types of equipment are connected to a high energy transient interference. This high energy interference is caused by the natural lightning surge induction and a large capacity load switching. It meets the IEC 61000-4-5, EN61000-4-5, and GB/TI17626.5 standards.

The SG 61000-5 standard is according to the immunity criteria. It specifies the test methodologies and the standard testing levels for equipment against unidirectional surges generated by overvoltage from switching and lightning transients.

Surge Protection SG 61000-5 immunity stress is defined to be indicative of the voltage and current pulses. These pulses are generated on the power networks by the events that took place outside of the equipment under the test.

Surges usually occur because of the power system switching transients, such as the capacitor bank switching or the load shifts. Surges on the electrical lines are caused by the lightning, either as a direct hit to the transmission line or by the surrounding lightning strike.

A surge generator is meant for accomplishing the capacitor discharge technique. This equipment is used to transform power lines into high voltage and unidirectional impulses. These impulses are then sent through the faulty power connection.

Capacitor charges are in direct relation with the voltage of the power supply. The capacitor discharges a high voltage impulse into the cable under the test as we close the switch. In the last, we analyze the findings. The curve shows how time influences the voltage when a gap flashes over.

The curve is drawn by applying the increasingly larger voltages to the gap and tracking the time lag until the sparks over. The curve will reveal smaller time delays before the flashover, and the applied voltage will be greater.

There is often a minimal time lag, below which the gap would never flashover. A minimal amount of voltage, shown by the ‘’Minimum Break-down voltage’’, exists below which a gap will never flashover within a normal test time of several minutes.

Surge verifies the DUT’s immunity to very high voltage levels over a short period ( such as a lightning strike). Surge peak voltage is required by the external standards ( SG 61000-5 and IEC 61000-5).

The surge test is a sample test. It uses a standard surge waveform. The surge waveform has a rising time of 1.2 microseconds and a fall time of 50 microseconds. Each unit is stressed with the 50 consecutive surge pulses, and then the unit fails or passes. These values are confirmed after the surge using RIO. RIO is a measure of the resistance from the left side to the right side at 500 volts.

A leakage should not be greater than 30 microamps when tested for 60 seconds at the isolation rating of 5.7 kV RMS. We have some other methods for statistical analysis of surge characterization data. 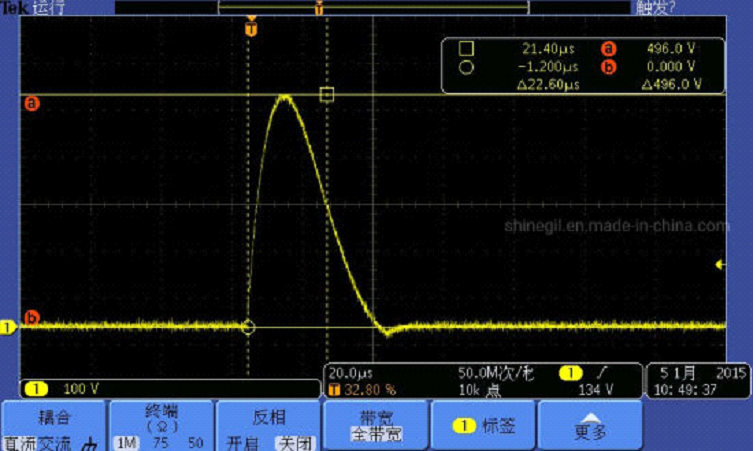 A bipolar test is a worst-case surge test due to hysteresis effects. Each unit is tested for the 25 pulses followed by the 25 pulses of the opposite polarity. When we switch the polarity, the unit still has some charges from the first 25 pulses. This step usually creates a higher level of stress on the isolation barrier.

This kind of test represents the immunity to a more complex surge event. The orange data on the graph shows the bipolar surge test. There are still no fails at 12 kV, no fails up to 15 kV. Then, we begin to have fails as we reach higher voltages and completely fail when we reach 22 kV.

All isolation barriers will fail at some voltage. This kind of test is necessary to have an understanding of how much margin you have, does your technology have, relative to the requirement?

How does the generator surge up and down?

Surging is caused by fuel problems. The most important reasons behind surging are as follows;
• incorrect fuel
• low fuel levels
• poor quality of fuel

What is a surge immunity test?

We perform this test to evaluate the performance of the EUT (Equipment Under Test) under high-energy disturbances on the power and interconnection lines, the disturbances being caused by over voltages from switching and lightning transients.