Surge generator anti-interference measurement is based on the international standard IEC 61000-4-5. 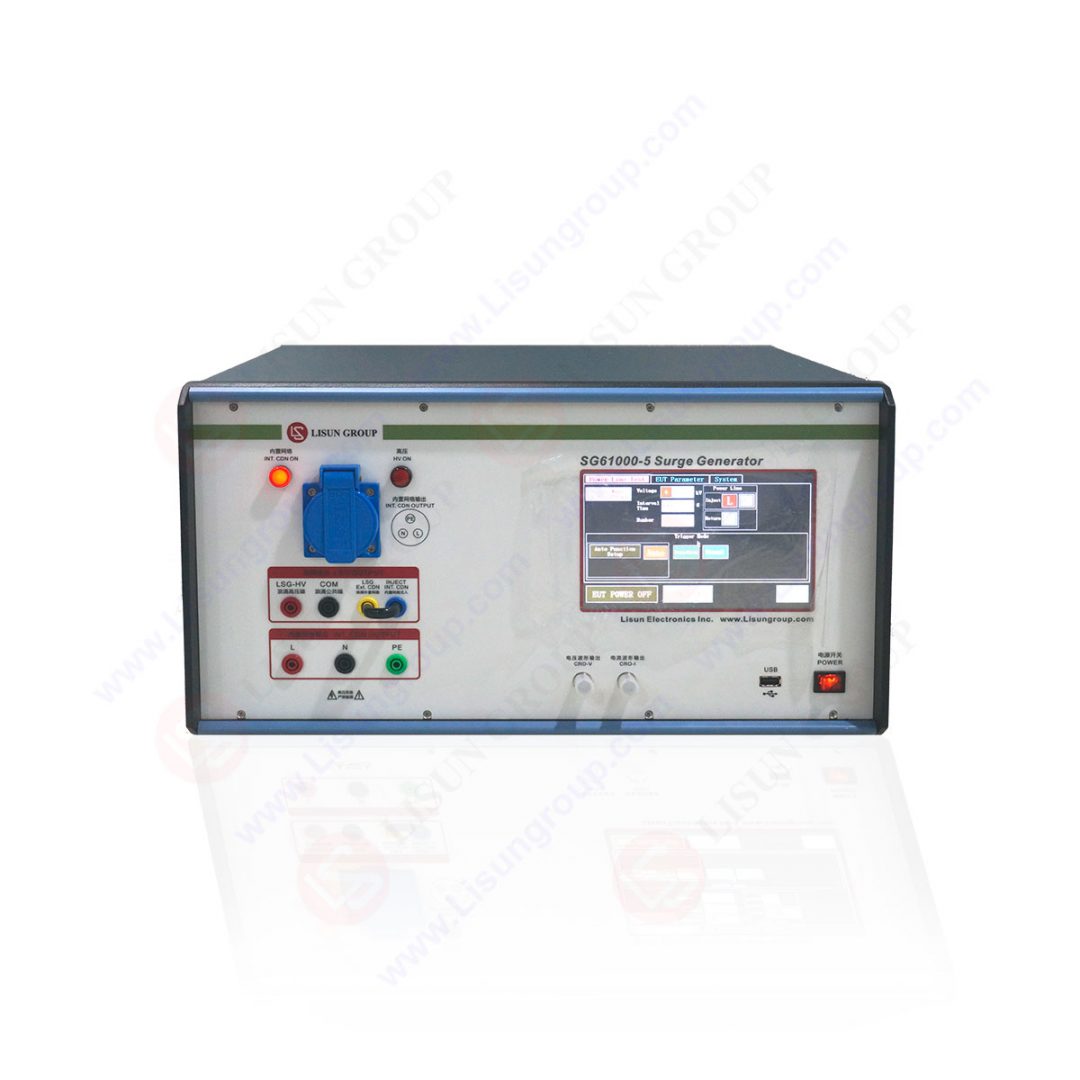 The entire lightning stroke in the nature (namely the indirect thunder such as the lighting stroke between the clouds, or the lighting stroke happened to the adjacent objects) can induce the surge voltage and current in outdoor aerial. Besides, huge surge voltage and current will also be induced in the supply circuit of the instant switch in the power station or switching station. The common characteristics of the two kinds of surge include high energy (compared with the energy, the static electricity is P joule level, pulse group is the millijoule level, lightning surge is hundreds of the joule level, which is one million times of the former two interfering energy), slow waveform (microsecond level, but the static electricity and pulse group are nanosecond level, even the sub nanosecond level), and low recurrence frequency.

IEC 61000-4-5 is a standard that provides an objective evaluation on the resistance to surge interference ability for the electrical and electronic equipment through the experiment of simulating lighting surge. 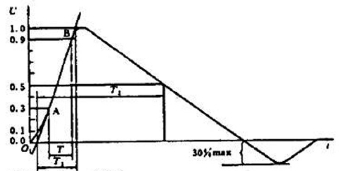 The basic requirement of the comprehensive generator:

The generator line and the waveform are shown as the following figure: 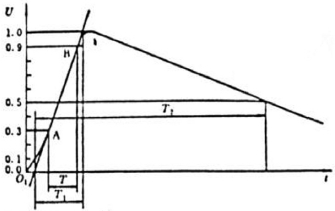 Since the voltage and the current of the surge test are relatively slow, the configuration of the lab is rather simple. The power circuit test is finished through coupling decoupling network. The following figure is the single-phase test circuit diagram which has the requirement of the differential mode and common mode test. 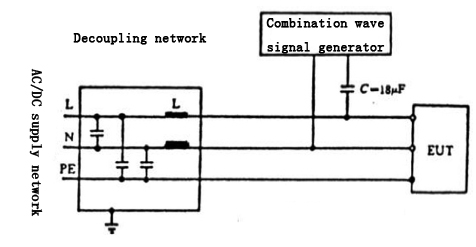 4 Attention in the test

(1)Protective measures must be taken in accordance with the requirement of the manufacturer before the test.

(2) The test rate is once per minute. It should not be too quick so as to form a recovery process for protecting the machine’s performance. As a matter of fact, it is impossible for the natural lighting phenomenon and the large switch of the transformer substation to have very high repetition rate. In general, there are five -times test for each positive and negative polarity.

5 Severe degree of the test

The severe degree of the test depends on the environment (the environment that may suffer the surge) and the installation condition; it is mainly divided into the following types:

Level 1: Better protective environment, such as the control room of the factories or the power station.
Level 2: Certain protective environment such as factories with no strong interference.
Level 3: Common electromagnetic harassment environment without specified installation requirement for the equipment such as the cable network of common installation, industrial work place and power substation.
Level 4: Severe harassment environment such as civil aerial, high-pressure power substation without protection.
Level X: Special level should be confirmed after the consultation of the user and the manufacturer.Selection of the product level depends on the product standard.

At present, there are many standards mentioning the situation of using 1.2/50μs lighting to do the test, but the different standard has different test objective. For example, high-pressure test also mentioned the lighting test for the impulse withstand voltage test with the high-pressure and high-resistance generator. At this moment, although the voltage of the generator is high, the energy is not huge. This kind of test is conducted in the off-line state of the equipment. On the contrary, IEC 61000-4-5 standard requires conducting the surge anti-interference measurement. Due to the low circuit impedance, the output impedance of the generator is also required to be low. In this way, the generator suitable for surge anti-interference measurement not only needs to have high output voltage, but also needs to have low output impedance and large energy output characteristics. Since the equipment conducts the measurement in the on-line state, coupling and decoupling network should be used. It can be seen that the above mentioned two kinds of experiments are totally different, which should not be confused.