Home News How you can use Automatic Safety Test System for your devices
16 Sep, 2022 49 Views Author: Saeed, Hamza

How you can use Automatic Safety Test System for your devices 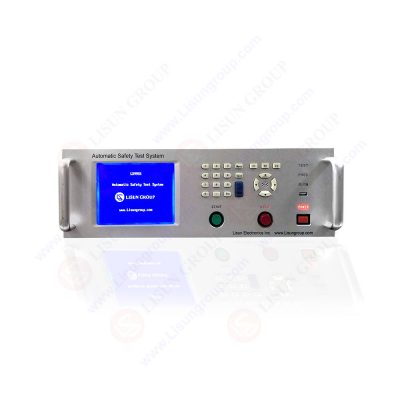 What kind of testing can be done?
Insulation resistance tests, leakage current tests, and grounding resistance tests can all be done using automatic safety test systems. 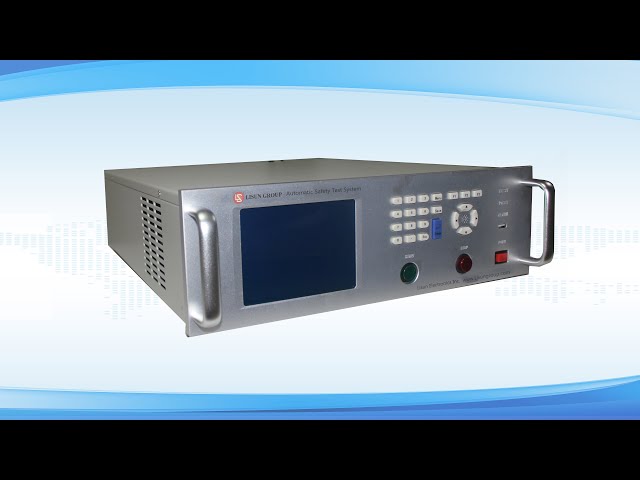 Insulation Resistance Testing
The most common test to determine the dependability of cables or windings in transformers, switchgear, motors, and electrical installations is the insulation resistance test, which is not the most recent test. A frequent test carried out on various cables and electrical lines is the IR measuring test. This test is widely used as a production test with minimum insulation resistance for each unit length that is frequently required by the customer.

What is it?
The test used to evaluate the overall resistance between any two sites that are separated by electrical insulation is known as the insulation resistance test. The megger test is another name for this procedure. Therefore, this test is performed to ascertain how well the insulation or dielectric works to limit the passage of electric current. Therefore, IR tests are highly useful for confirming the insulation quality of a product both during manufacture and during usage.

Why do you need to test for insulation resistance?
When an electric current is sent through a conducting wire to its destination, a loss in electric current occurs along the way for a variety of reasons. In order to determine whether there is any present leakage, we must conduct insulation testing because this leakage might be quite harmful. In order to avoid harm and damage, this testing is absolutely necessary.

Leakage Current Test
A grounding technique is typically used in electrical systems to protect users from shock hazards in the event of an insulation problem. A grounding rod that connects the instrument to the earth is part of the grounding system. The voltage will be forced to ground if there is ever a catastrophic failure of insulation between a power line and conductive components. The electricity generated by this occurrence will flow, opening a circuit breaker or blowing a fuse to prevent a shock hazard.

It is obvious that if the earth or ground connection is impeded, whether accidentally or on purpose, a shock hazard exists. If leakage currents are present, the likelihood of a shock could be higher than initially thought. An individual coming into contact with an ungrounded system and ground at the same time could nevertheless receive an electric shock even in the absence of insulation failure due to leakage current intrusion.

When it comes to medical applications, where a patient could receive an electric shock, this is a serious worry. If the patient is frail or unconscious or if the electricity runs to internal organs, a shock may even be lethal. Non-grounded equipment has two layers of insulation to assure safety. Because it is unlikely that both coats of insulation will collapse simultaneously in this situation, security is guaranteed. However, the circumstances that cause leakage currents still exist and must be taken into account.

So how can leakage current be eliminated or its effects minimized? Discover the cause after measuring the leakage current. The goal of the test is to gauge how much current permeates a person when they come into contact with an electrical item.

What are the workings of such a test?
A meter made specifically for measuring leakage currents is used. The meter is connected in series with the earthing connection to measure the current flowing through the ground rod. To monitor the current flowing to the neutral side of the power line for data processing equipment, the ground connection is opened. The meter can also be linked to the ground and the power supply outputs. The neutral connections and ac line are switched, and power switches are turned on and off while the current is being watched. After the system has warmed up to its usual operating temperature, the test is conducted.

Determining and measuring the worst-case leakage current is the goal. The meter is replaced with a network made up of either a resistor or a cluster of resistors and capacitors for very small leakage currents. An AC voltmeter is then used to measure the voltage drop throughout the network. Attaching the meter between any touchable conductive portion and the earth allows you to determine if your equipment is double-insulated or unground. The current flowing from a copper foil with a particular dimension put on a nonconductive housing to ground is measured.

Benefits of Leakage Current Measurement
Benefits include the fact that when the test device is not in use, its polarity is not required to be reversed. There is also low stress due to high switching current. Leakage current may be a symptom that the insulation covering conductors is ineffective. With the use of a low current leakage current clamp, it is possible to identify the source of leakage current and interpret systematic results as required. This enables you to more impartially re-allocate loads throughout the system as needed.

Characteristics
Because the earth functions like an electrolyte, it exhibits polarizing action, which prevents proper measurement by causing a DC current to produce electromotive force in the opposite direction. So, in order to measure ground resistance, a square wave or sine wave with a frequency of several hundreds of hertz to 1 kHz is typically used.

Time-Resistance Method
Method of Time Resistance
This kind of testing methodology typically yields conclusive data devoid of prior test results. In contrast to contaminated insulation, this test primarily rely on a good insulation absorption effect. A tool like a Megger will take precise, straight measurements at regular intervals throughout this insulation test and record any variations. If the insulation is sound, this type of time resistance test must reveal a consistent rise in resistance over a predetermined length of time.

Dielectric Absorption Ratio
This ratio of two time-resistance readings is highly helpful for storing insulation-related data. A Megger gadget will make this test easy and provide the best results because, for example, a one-minute reading can be divided by a 30-second reading. This device can therefore run for one minute, but it also allows you to record measurements every 30 seconds and every minute.

In what case can a leakage test be failed?
The most frequent cause of equipment appearing to fail a leakage test is the adoption of an improper limit. The 5th edition of the IET Code of Practice lowered the threshold for the leakage test to 5mA for all Class I and Class II equipment. Based on earlier iterations of the IET Code of Practice, the majority of test equipment are pre-set to the older leakage limitations. To avoid unnecessarily failing equipment, manual interpretation of the test result may be necessary if the test instrument cannot be reprogrammed with the 5mA restriction. Leakage readings of 5 mA or less should be regarded as passing.